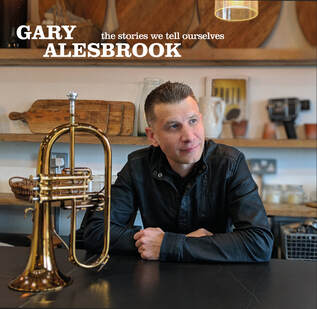 It's been a month since the release of my second album and I am blown away that it's had over 330,000 streams on Spotify. I have to be honest and say I have a love/hate relationship with streaming sites as the pay scale still needs massive improvement but i'll save that debate for another time. Still booking festivals and venues for next year and even planning a few ideas for album number 3! Just had a sneaky listen to Raul Midóns new album set for release in March next year and it's sounding amazing. You guys are gonna love it!
November 2019
​
​An incredible week launching my new album “The Stories We Tell Ourselves” in London and Bristol. A massive Thankyou to Elliott Cole, Ian Matthews and Anders Olinder for swinging like crazy! It's been such a relentless 2 weeks, organising and planning 2 album launches with 2 different bands and all the press and publicity that goes along with it. Oh yes, and I needed to practise in that time too! Reviews are coming in thick and fast and i'm happy to say they've been very favourable so i'm very grateful. I also woke up this morning to find i've had 195,000 streams on spotify which completely blew my mind.
My final gig was Kansas Smitty's in London and a few days later I went to see Raul Midón at Pizza Express in Soho and he was kind enough to let me sit in on one of his tunes from his upcoming album, set for release March next year. What a crazy few weeks.

A very exciting day! I'm sat listening to all the mixed and mastered versions of my songs and it's really been brought to life by my mixer Nicholas Dover at Canyon Sound and the wonderful people at Optimum Mastering in Bristol. Thanks guys, you've done an awesome job. October 29th is the big day people and at the end of this week you'll be able to download a few tracks as part of a pre-order. I'll keep you posted...

All good stories take time to develop and i've taken my time to craft 11 original songs for my second album due for release October 29th at the 606 in London. I can now tell you the title is:
"The Stories We Tell Ourselves"
This is a very personal album for me and reflects on themes of love, relationships and identity. My collaborations on this album are excitingly diverse, ranging from straight ahead jazz singers and instrumentalists to wide ranging artists in their own field like two-time Grammy nominee Raul Midon.
​I can't wait to share it with you all!​

Well, both August and September have been busy for me and I feel so happy to have received great feedback for my album. I don't have many copies left of the LTD editions so make sure you grab yours by clicking on the link above. Thank you again to all who have listened, bought and kindly reviewed my album. Next step...let's get on to writing album No.2!!

​"An Excellent debut from British trumpeter Gary Alesbrook"
All About Jazz

“Jazz In Movies is a pleasure in a way that new jazz albums are not so often anymore: melodic, subtly swinging, elevated by inventive, exciting soloing. My only cavil is that I wished it were longer.”
Listomania, Bath

Another busy month for pushing the album. Great reviews so far and looking forward to confirming some festivals for next year off the back of them.